You are here: Home / What we do / Awareness-raising projects in Switzerland /

In this project, information on the topics of flight and asylum is combined with the participation of the schoolchildren. With a variety of creative activities, the children can get involved with their peers in the Middle East and make a direct contribution.

School classes first deal with the topics of flight and asylum with our educational package. Then they become active: they are called upon to take part in a variety of activities to raise money that will go to a charitable cause such as the "Happiness Again" trauma centre in Jordan, which is co-financed by Together Human.

Together with Together Human, the classes can sell knitwear provided by our community. It is also possible to listen to a lecture by a member of the association about our work and the subject of escape. Please contact us for this: info(at)togetherhuman.org

Even without Together Human the respective school class can get involved. A racy fundraising run, a delicious cake sale, a melodious school concert or a refreshing drink stand - just a few ideas to raise money and help children like Souraya!

An institution such as the Happiness Again trauma centre in Jordan benefits directly from the revenues. A thank you photo/video can be organized. 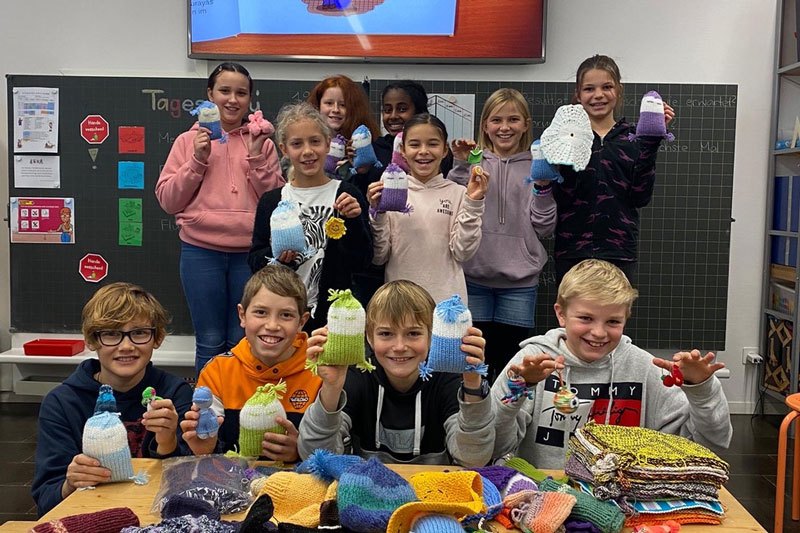 The following classes have participated so far